The cultural, economic, and political center of the country, Vienna has developed from its early Celtic and Roman roots into a medieval and Baroque city, with an old town that was designated a World Heritage Site in 2001.

For more things to do, photos, where to stay, and other tourist information, go to the Vienna tour site.

Bengaluru, India to Vienna is an approximately 15-hour flight. You can also drive. Due to the time zone difference, you'll gain 4.5 hours traveling from Bengaluru to Vienna. Prepare for a bit cooler weather when traveling from Bengaluru in September: high temperatures in Vienna hover around 24°C and lows are around 13°C. Cap off your sightseeing on the 27th (Fri) early enough to catch the train to Linz.
more less

Located on the Danube with a rolling green backdrop, Linz is a city equally rich in nature and culture.

To find reviews, more things to do, and more tourist information, read our Linz trip planner.

Getting from Vienna to Linz by train takes about 2 hours. Other options: drive. Cap off your sightseeing on the 28th (Sat) early enough to travel to Obertrum am See.
more less

Things to do in Linz

Outdoors
Find places to stay Sep 27 — 28:
Hotels on TripAdvisor
Homes on Airbnb
Highlights from your plan

©
Trumer Privatbrauerei has been added to your itinerary. Kick off your visit on the 29th (Sun): step into the grandiose world of Schloss Mattsee - das Juwel am See, see the interesting displays at FAHRTRAUM, then take in the architecture and atmosphere at Stift Mattsee, and finally indulge your thirst for a good beer at Trumer Privatbrauerei.

Drive from Linz to Obertrum am See in 1.5 hours. Expect a daytime high around 22°C in September, and nighttime lows around 11°C. Finish your sightseeing early on the 30th (Mon) to allow enough time to travel to Sillian.
more less

Things to do in Obertrum am See

Mattsee
Find places to stay Sep 28 — 30:
Hotels on TripAdvisor
Homes on Airbnb
Highlights from your plan 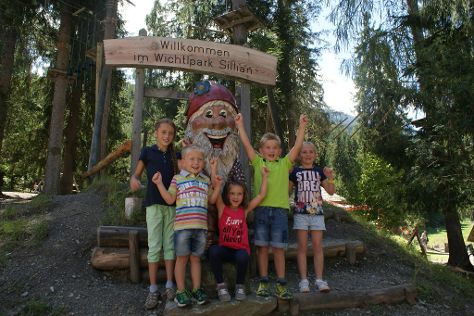 ©
You've now added Wichtelpark to your itinerary. Kick off your visit on the 30th (Mon): explore the ancient world of Burg Heinfels, look for gifts at Loacker Cafe Heinfels, and then get in on the family fun at Wichtelpark.

For traveler tips, maps, where to stay, and other tourist information, you can read our Sillian trip app.

Traveling by car from Obertrum am See to Sillian takes 3.5 hours. In September, daily temperatures in Sillian can reach 20°C, while at night they dip to 9°C. Wrap up your sightseeing on the 1st (Tue) early enough to travel to Graz.
more less

Things to do in Sillian 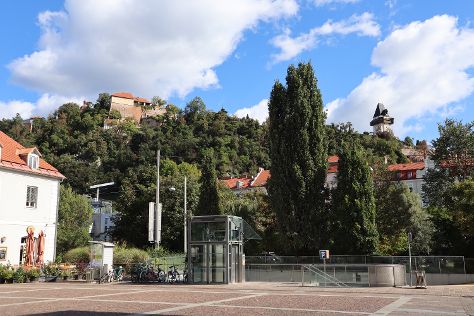 With six universities, Graz represents a young, laid-back, and lively city with nightlife that doesn't stop.

You'll visit kid-friendly attractions like Tierwelt Herberstein and Schlossberg. The adventure continues: steep yourself in history at Altstadt von Graz, test your team's savvy at popular escape rooms, admire the masterpieces at Schloss Eggenberg, and get a sense of history and politics at Rathaus.

Traveling by car from Sillian to Graz takes 4 hours. Traveling from Sillian in October, you will find days in Graz are a bit warmer (19°C), and nights are about the same (5°C). Wrap up your sightseeing by early afternoon on the 3rd (Thu) to allow enough time to drive to Vienna.
more less

Things to do in Graz 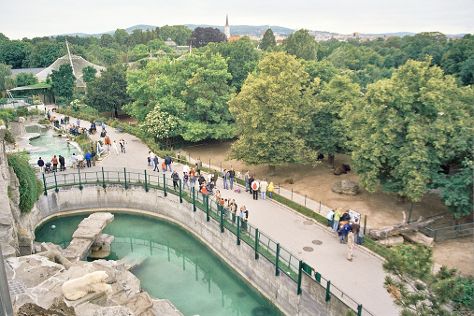 Kick off your visit on the 4th (Fri): hunt for treasures at Vienna Naschmarkt and then meet the residents at Schönbrunn Zoo.

To see other places to visit, traveler tips, more things to do, and other tourist information, read our Vienna trip itinerary planner.

Traveling by car from Graz to Vienna takes 2 hours. Alternatively, you can fly; or take a bus. Wrap up your sightseeing on the 4th (Fri) to allow time to travel back home.
more less