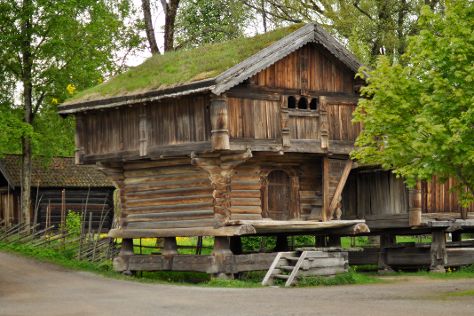 Step out of Oslo with an excursion to Hallanderiet in Son--about 48 minutes away. There's much more to do: get in on the family fun at Norsk Folkemuseum, explore the world behind art at Vigeland Museum, walk around Vigeland Park, and examine the collection at Holmenkollen Ski Museum.

If you are flying in from Malta, the closest major aiports are Oslo Gardermoen Airport, Sandefjord Airport, Torp and Moss Airport, Rygge. In December, daytime highs in Oslo are 8°C, while nighttime lows are -5°C. Finish your sightseeing early on the 27th (Fri) so you can travel to Tromso.
more less

Hallanderiet
Find places to stay Dec 19 — 27:
Hotels on TripAdvisor
Homes on Airbnb
Highlights from your plan

On the 28th (Sat), stop by Tromso Arctic Gifts & Souvenirs, admire the striking features of The Arctic Cathedral, then see majestic marine mammals with a dolphin and whale watching tour, and finally pause for some photo ops at Memorial to Deportation of Jews of Tromso. On the 29th (Sun), you'll have a packed day of sightseeing: pause for some serene contemplation at Tromso Domkirke, then meet the residents at Polaria, then examine the collection at Tromsø Museum – Universitetsmuseet, and finally examine the collection at The Polar Museum.

You can fly from Oslo to Tromso in 4 hours. Other options are to drive; or do a combination of train and bus. Traveling from Oslo in December, expect nights in Tromso to be about the same, around -4°C, while days are little chillier, around 0°C. Wrap up your sightseeing by early afternoon on the 30th (Mon) to allow time for travel back home.
more less