Port Hedland is the second largest town in the Pilbara region of Western Australia, with an estimated urban population of 15,191, including the satellite town of South Hedland, 18 km away. For reviews, more things to do, where to stay, and other tourist information, you can read our Port Hedland sightseeing planner.

Broome to Port Hedland is an approximately 3-hour flight. You can also drive. In July in Port Hedland, expect temperatures between 32°C during the day and 15°C at night. Finish your sightseeing early on the 14th (Sat) to allow enough time to travel to Port Hedland.
more less

Things to do in Port Hedland 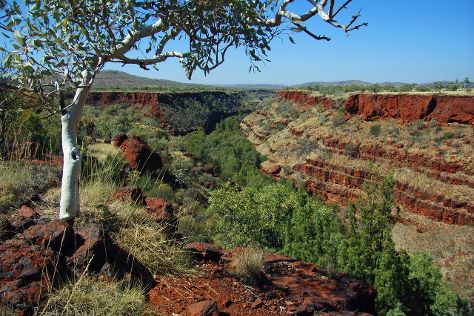 Cap off your sightseeing on the 21st (Sat) early enough to travel to Exmouth.
more less

Things to do in Port Hedland

©
Exmouth is a town on the tip of the North West Cape in Western Australia. Your day by day itinerary now includes Turquoise Bay, Ningaloo Centre, Ningaloo Ecology Cruises Glass Bottom Boat, and other attractions you added.

To see other places to visit, reviews, traveler tips, and more tourist information, go to the Exmouth trip maker website.

You can drive from Port Hedland to Exmouth in 8 hours. Alternatively, you can fly. Traveling from Port Hedland in July, you will find days in Exmouth are little chillier (28°C), and nights are about the same (13°C). Cap off your sightseeing on the 25th (Wed) early enough to go by car back home.
more less

Things to do in Exmouth