A beautiful and romantic city fit for any itinerary, Paris brims with historic associations and remains vastly influential in the realms of culture, art, fashion, food and design.

Paris is known for museums, historic sites, and nightlife. Your plan includes some of its best attractions: admire the masterpieces at Musee d'Orsay, take a stroll through Île de la Cité, admire the striking features of Louvre Museum, and pause for some serene contemplation at Basilique du Sacre-Coeur de Montmartre.

To see ratings, maps, more things to do, and more tourist information, refer to the Paris road trip planning app.

Things to do in Paris

Most travelers take a trip to Bayeux to see the famed tapestry depicting the legendary Norman Conquest from the 11th century.

On the 12th (Sat), don't miss a visit to Atelier Galerie Ludovic Grand-Guillot, then stroll the grounds of Normandy American Cemetery, then explore the different monuments and memorials at Bayeux War Cemetery, and finally explore the world behind art at Musee de la Tapisserie de Bayeux.

To find other places to visit, more things to do, reviews, and tourist information, you can read our Bayeux trip planner.

Take a train from Paris to Bayeux in 2.5 hours. Alternatively, you can drive; or do a combination of bus and train. In October, daytime highs in Bayeux are 19°C, while nighttime lows are 9°C. Finish your sightseeing early on the 12th (Sat) so you can travel to Marseille.
more less

Things to do in Bayeux 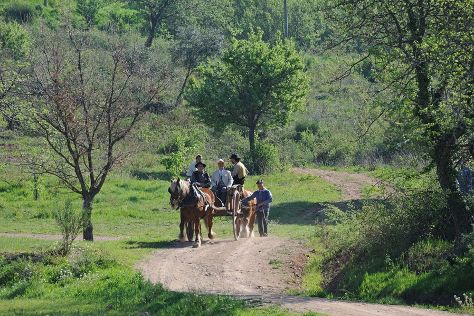 The 2013 European "Capital of Culture," Marseille is the largest port city on the breezy Mediterranean coast and the second largest city in France.

For ratings, where to stay, reviews, and more tourist information, go to the Marseille online trip itinerary planner.

Traveling by combination of train, bus, and flight from Bayeux to Marseille takes 4.5 hours. Alternatively, you can do a combination of train, bus, and flight; or drive. Expect a bit warmer temperatures when traveling from Bayeux in October; daily highs in Marseille reach 26°C and lows reach 14°C. Finish your sightseeing early on the 14th (Mon) so you can drive to Nice.
more less

Things to do in Marseille

Well-known for the beautiful views of its famous Promenade des Anglais waterfront, Nice is an ethnically-diverse coastal port city on the French Riviera and the fifth most populated city in France.

Take a break from Nice with a short trip to Massif de l'Esterel in Agay, about 56 minutes away. Next up on the itinerary: appreciate the extensive heritage of Vieille Ville, don't miss a visit to Place Massena, savor the flavors at Food & Drink, and stop by VinAzur - Vins de provence.

To see where to stay, more things to do, maps, and tourist information, go to the Nice travel itinerary planner.

Getting from Marseille to Nice by car takes about 2.5 hours. Other options: take a bus; or take a train. In October in Nice, expect temperatures between 24°C during the day and 17°C at night. Wrap up your sightseeing on the 17th (Thu) to allow time to travel to Mont-Saint-Michel.
more less

Things to do in Nice

©
Le Mont-Saint-Michel is an island commune in Normandy, France. Change things up with these side-trips from Mont-Saint-Michel: Avel Char (in Hirel), Musee Christian Dior (in Granville) and Chateau de Fougeres (in Fougeres). There's still lots to do: admire the striking features of Mont Saint-Michel, take some stellar pictures from Cabane Vauban, take in the architecture and atmosphere at Église Saint-Pierre - Le Mont-Saint-Michel, and make a splash at Alligator Bay.

Ask Inspirock to suggest an itinerary and make planning a trip to Mont-Saint-Michel fast, fun, and easy.

Things to do in Mont-Saint-Michel 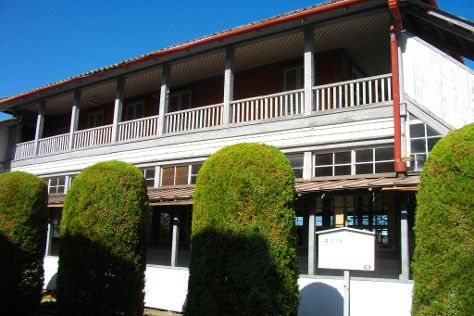 ©
Ashikaga is a city located in Tochigi Prefecture, in the northern Kantō region of Japan. You've now added Ashikaga Flower Park to your itinerary. Get out of town with these interesting Ashikaga side-trips: Takasaki (Lake Haruna & Haruna Shrine), Fukiwarenotaki Falls (in Numata) and Shibukawa (Ikaho Stone Steps & Mizusawaji). There's much more to do: take in the spiritual surroundings of Yagumo Shrine, steep yourself in history at Tomioka Silk Mill, explore the ancient world of Ruins of Ashikaga School, and walk around Orihime Park.

For photos, ratings, other places to visit, and tourist information, go to the Ashikaga trip itinerary maker site.

Things to do in Ashikaga