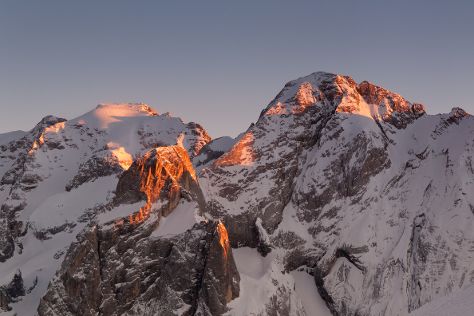 ©
Alleghe is a village and comune in the province of Belluno in the Italian region of Veneto.To the west Alleghe borders with Alleghe Lake, which was formed in 1771 by a landslide from the adjacent Mount Piz.NamePurists of the Italian language would derive the name Alleghe from the Latin alica or alicarius, meaning "granary", but as no grain is grown in this Alpine village, it is most likely that Alleghe is a contraction of the Ladin a l'agua, in reference the deep mountain valley that marked the western boundary of the village prior to the landslide of 1771. Kick off your visit on the 11th (Wed): take your sightseeing to a higher altitude at Cinque Torri, stroll through Rifugio Lagazuoi, then take your sightseeing to a higher altitude at Marmolada, and finally contemplate the waterfront views at Lago di Alleghe. Keep things going the next day: make a trip to Centro Storico, then delve into the distant past at Museo all'Aperto delle 5 Torri, then contemplate in the serene atmosphere at Chiesa di San Bartolomeo Apostolo, and finally take in the awesome beauty at Monte Civetta.

For traveler tips, more things to do, reviews, and tourist information, you can read our Alleghe online vacation builder.

Tel Aviv, Israel to Alleghe is an approximately 11.5-hour combination of flight and car. Due to the time zone difference, you'll gain 1 hour traveling from Tel Aviv to Alleghe. Traveling from Tel Aviv in September, you will find days in Alleghe are slightly colder (29°C), and nights are colder (15°C). Cap off your sightseeing on the 12th (Thu) early enough to travel to Sappada.
more less

Things to do in Alleghe 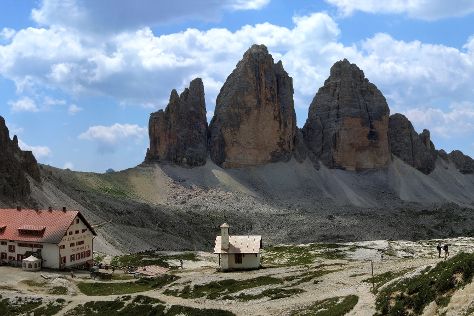 ©
Sappada is a comune (municipality) in the Province of Belluno, in the Italian region of Veneto.GeographyThe settlement is situated on the southern slopes of the Peralba mountain, part of the Carnic Alps range, close to the border with Austria. Kick off your visit on the 13th (Fri): explore the activities along Lago di Sorapiss, then take in the awesome beauty at Tre Cime di Lavaredo, and then explore the activities along Lago d'Antorno. Get ready for a full day of sightseeing on the 14th (Sat): head outdoors with FunBob Auronzo, then contemplate the waterfront views at Lake Misurina, and then appreciate the extensive heritage of Cappella di Sant'Antonio di Borgata Bach.

To see other places to visit, maps, traveler tips, and other tourist information, refer to the Sappada tour itinerary builder.

Drive from Alleghe to Sappada in 2.5 hours. September in Sappada sees daily highs of 28°C and lows of 17°C at night. On the 15th (Sun), you'll have the morning to explore before heading back home.
more less

Things to do in Sappada