Kick off your visit on the 27th (Fri): delve into the distant past at Colosseum.

Alexandria, Egypt to Rome is an approximately 7-hour combination of taxi and flight. You can also do a combination of bus and flight; or drive. The time zone changes from Eastern European Time to Central European Time, which is usually a -1 hour difference. Traveling from Alexandria in July, Rome is little chillier at night with lows of 24°C. Cap off your sightseeing on the 28th (Sat) early enough to travel to Fernando de Noronha.
more less 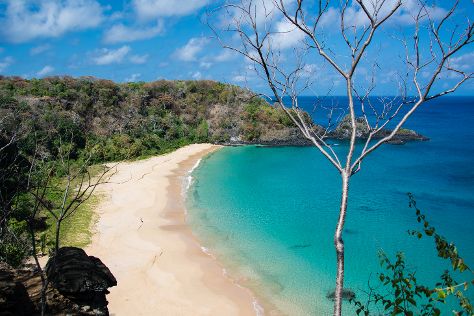 Emerald of the Atlantic

With 21 lush islands scattered among pristine waters in the Atlantic Ocean, a Fernando de Noronha holiday is well worth the effort it takes to get there.

Spend the 1st (Wed) exploring nature at Fernando de Noronha Marine National Park. There's still lots to do: stroll through Baia do Sancho, enjoy the sand and surf at Bode Beach, and get outside with Baia dos Porcos.

Plan my Fernando de Noronha trip by asking Inpirock to come up with tips and suggestions.

Things to do in Fernando de Noronha

One of Africa's largest game sanctuaries and part of UNESCO's Man and the Biosphere Program, Kruger National Park provides an immersive experience of wildlife.

Spend the 3rd (Fri) surrounded by wildlife at Game drives at Phalaborwa Gate in Kruger National Park. There's more to do: trek along Bushmans Trail and stroll through Lonely Bull Trail.

To find traveler tips, ratings, more things to do, and more tourist information, use the Kruger National Park trip planner .

Things to do in Kruger National Park

The former capital of the Kingdom of Ladakh, Leh possesses a historic old town area marked by stupas, monasteries, and traditional mud-brick houses.

To find reviews, traveler tips, more things to do, and more tourist information, go to the Leh trip itinerary app .

Things to do in Leh 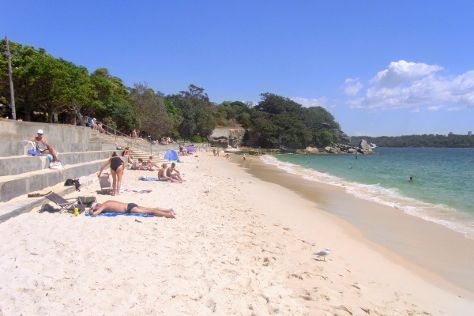 Lent iconic status as a result of its famous bridge and opera house, Sydney has a down-to-earth charm that enhances its spectacular setting and functional efficiency.

To see other places to visit, reviews, photos, and other tourist information, use the Sydney journey planner.

Fly from Leh to Sydney in 15.5 hours. Due to the time zone difference, you'll lose 4 hours traveling from Leh to Sydney. In August, daily temperatures in Sydney can reach 22°C, while at night they dip to 11°C. Finish up your sightseeing early on the 12th (Sun) so you can travel to Queenstown.
more less

Things to do in Sydney

Sheltered in an inlet of Lake Wakatipu, the resort town of Queenstown enjoys a strong reputation for its adventuring and skiing opportunities.

For more things to do, photos, where to stay, and more tourist information, read Queenstown holiday planner .

Things to do in Queenstown

City by the Bay

San Francisco is known for nature, museums, parks, nightlife, and shopping. Your plan includes some of its best attractions: step off the mainland to explore Alcatraz Island, tour the pleasant surroundings at Golden Gate Park, admire the natural beauty at Japanese Tea Garden, and enjoy the sand and surf at Fort Funston National Park.

Getting from Queenstown to San Francisco by flight takes about 18 hours. Other options: do a combination of flight and subway; or do a combination of flight and train. Traveling from Queenstown to San Francisco, you'll gain 20 hours due to the time zone difference. In August, daily temperatures in San Francisco can reach 26°C, while at night they dip to 17°C. Finish up your sightseeing early on the 19th (Sun) so you can travel to Grand Canyon National Park.
more less

Things to do in San Francisco

The size, shape, and color of Grand Canyon National Park combine to leave an impression on visitors as deep as the canyon itself.

For other places to visit, photos, and more tourist information, refer to the Grand Canyon National Park trip itinerary planner .

Things to do in Grand Canyon National Park

Surrounded by mountain ranges, forests, valleys, beaches, and deserts, the metropolitan area of Los Angeles is home to over 17 million people.

Things to do in Los Angeles

Among the world's oldest national parks, Banff National Park serves as a World Heritage-listed mecca for cyclists, hikers, skiers, bird-watchers, mountain climbers, and anyone else with a passion for exploring vast untouched wildernesses.

Banff National Park is known for nature, historic sites, scenic drive, spas, and adventure. Your plan includes some of its best attractions: explore the activities along Moraine Lake, take a memorable drive along Icefields Parkway, trek along Lake Agnes, and tour the pleasant surroundings at Lake Louise.

Ask Inspirock to suggest an itinerary and make planning a trip to Banff National Park fast, fun, and easy.

Things to do in Banff National Park 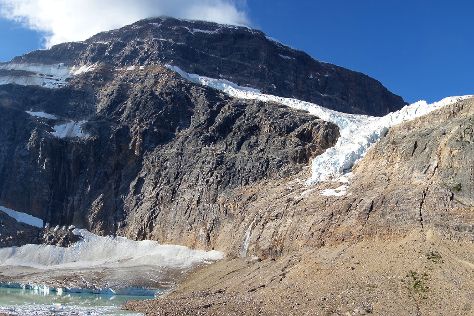 Jasper National Park is known for nature, scenic drive, adventure, trails, and spas. Your plan includes some of its best attractions: trek along Mount Edith Cavell Trail, stroll through Skyline Trail, take your sightseeing to a higher altitude at Mount Edith Cavell, and grab your bike and head to Freewheel cycle.

Things to do in Jasper National Park

For sixty years until 2003, most of the Isla de Vieques was closed off to the public, with the US Navy using the island's beaches and surrounding waters for drills and testing of new military machinery, such as bombs.

On the 5th (Wed), look for all kinds of wild species at Vieques National Wildlife Refuge.

You can plan Isla de Vieques trip in no time by asking Inspirock to help create your itinerary.

Things to do in Isla de Vieques

Writer Pearl Buck once called New York City “a place apart,” and this giant urban center remains unlike any other in the world.

Take a break from New York City with a short trip to Bronx Zoo in Bronx, about 36 minutes away. There's lots more to do: make a trip to Central Park, enjoy breathtaking views from Empire State Building, pause for some photo ops at Statue of Liberty National Monument, and admire the striking features of Grand Central Terminal.

To see other places to visit, reviews, more things to do, and other tourist information, go to the New York City online trip builder .

Things to do in New York City

Jewel of the Mediterranean

Barcelona, the country’s second-largest city, is a cosmopolitan urban center known for its throbbing youthful energy and stellar architecture.

Spend the 12th (Wed) among aquatic life with a scuba or snorkeling tour. And it doesn't end there: admire the striking features of Basilica of the Sagrada Familia, examine the collection at Museo Picasso, enjoy the sand and surf at La Barceloneta, and tour the pleasant surroundings at Park Guell.

You can do a combination of bus and flight from New York City to Barcelona in 12 hours. Other options are to fly; or do a combination of train and flight. Due to the time zone difference, you'll lose 6 hours traveling from New York City to Barcelona. In September, daytime highs in Barcelona are 30°C, while nighttime lows are 21°C. Wrap up your sightseeing on the 14th (Fri) early enough to travel to Paris.
more less

Things to do in Barcelona

©
Basilica of the Sagrada Familia

A beautiful and romantic city fit for any itinerary, Paris brims with historic associations and remains vastly influential in the realms of culture, art, fashion, food and design.

Change things up with a short trip to Palace of Versailles in Versailles (about 48 minutes away). There's much more to do: take in panoramic vistas at Eiffel Tower, contemplate the long history of Cathédrale Notre-Dame de Paris, don't miss a visit to Basilica du Sacre-Coeur de Montmartre, and pause for some photo ops at Arc de Triomphe.

Make your Paris itinerary with Inspirock to find out what to see and where to go.

Traveling by flight from Barcelona to Paris takes 5 hours. Alternatively, you can do a combination of train and flight; or drive. Traveling from Barcelona in September, expect Paris to be slightly colder, temps between 24°C and 13°C. Finish your sightseeing early on the 18th (Tue) so you can take a train to London.
more less

Things to do in Paris

Palace of Versailles
Find places to stay Sep 14 — 18:
Hotels on TripAdvisor
Homes on Airbnb
Highlights from your plan

Vibrant and noisy, London is one of the world’s leading cities, an international capital of culture, education, fashion, music, finance, trade, and politics.

London is known for museums, nightlife, shopping, historic sites, and parks. Your plan includes some of its best attractions: get a new perspective on nature at Natural History Museum, snap pictures at Tower Bridge, admire the natural beauty at Buckingham Palace, and explore the world behind art at Tate Modern.

For maps, photos, other places to visit, and other tourist information, go to the London day trip app .

You can take a train from Paris to London in 2.5 hours. Alternatively, you can fly; or do a combination of train, bus, and flight. You'll gain 1 hour traveling from Paris to London due to the time zone difference. September in London sees daily highs of 22°C and lows of 12°C at night. Finish your sightseeing early on the 22nd (Sat) so you can travel to Amsterdam.
more less

Things to do in London

Venice of the North

Known as one of the greatest small cities in the world, Amsterdam charms visitors with its cool and cozy atmosphere.

Start off your visit on the 23rd (Sun): don't miss a visit to Anne Frank House, squeeze the most out of the city with Flagship Amsterdam, tour the pleasant surroundings at Vondelpark, then explore the world behind art at Rijksmuseum, and finally sample the tasty concoctions at Heineken Experience. Keep things going the next day: admire the masterpieces at Museum Het Rembrandthuis (Rembrandt House) and then meet the residents at ARTIS.

Getting from London to Amsterdam by combination of flight and train takes about 3.5 hours. Other options: fly; or do a combination of train, bus, and flight. Due to the time zone difference, you'll lose 1 hour traveling from London to Amsterdam. In September, daily temperatures in Amsterdam can reach 22°C, while at night they dip to 13°C. Finish your sightseeing early on the 24th (Mon) so you can travel back home.
more less

Things to do in Amsterdam