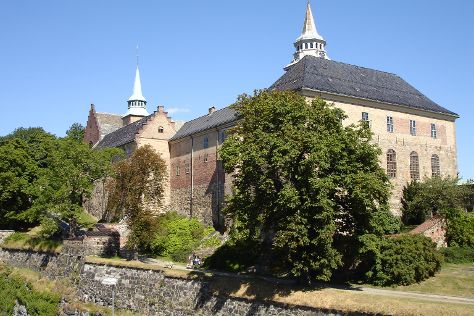 Popular historic sites such as Akershus Castle and Fortress (Akershus Slott og Festning) and Moellebyen Industrial Centre are in your itinerary. Step off the beaten path and head to Karl Johans gate and Bygdøy. Venture out of the city with trips to Molen (in Larvik) and Fredriksten Festning (Fredriksten Fortress) (in Halden). Next up on the itinerary: explore the world behind art at Vigeland Museum, learn about all things military at Norwegian Resistance Museum, get engrossed in the history at Fram Polar Ship Museum, and take a stroll through Grunerlokka.

To find where to stay, more things to do, reviews, and other tourist information, you can read our Oslo holiday planner.

If you are flying in from Italy, the closest major airports are Oslo Gardermoen Airport, Moss-Rygge Airport and Sandefjord Airport, Torp. In September in Oslo, expect temperatures between 19°C during the day and 7°C at night. Wrap up your sightseeing on the 22nd (Fri) to allow time to travel back home.
more less