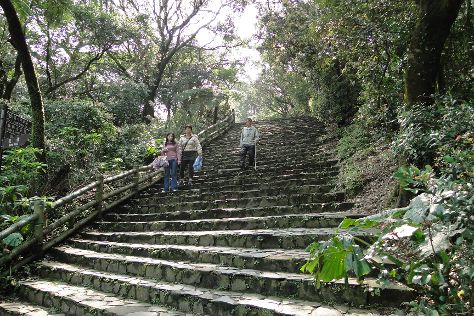 Situated in a basin between two mountain ranges, Taipei appeals to tourists with its blend of Asian cultures, living side by side amidst Japanese-era mansions and Taoist temples.

Head to Taipei 101 and Unitaifor some retail therapy. We've included these beaches for you: Laomei Green Reef and White Sand Bay. Venture out of the city with trips to Toucheng (Tou Cheng Bathing Beach & Waiao Beach), Qingren Trail (in Wulai) and Keelung River (in Bali). And it doesn't end there: stop by Ximending, get outside with Neipi Beach, explore the wealth of natural beauty at Yangmingshan National Park, and appreciate the history behind Chiang Kai-Shek Memorial Hall.

If you are flying in from Israel, the closest major aiports are Taiwan Taoyuan International Airport, Taipei Songshan Airport and Taichung Ching Chuang Kang Airport. Expect a daytime high around 30°C in April, and nighttime lows around 22°C. Finish your sightseeing early on the 10th (Fri) so you can travel back home.
more less

Things to do in Taipei