Tromso is known for nightlife, wildlife, and museums. Your plan includes some of its best attractions: contemplate in the serene atmosphere at The Arctic Cathedral, see the interesting displays at The Polar Museum, browse the collection at Tromso Public library and City Archives, and take in the dramatic natural features at Tromso Fjords.

Barcelona, Spain to Tromso is an approximately 9.5-hour flight. You can also drive; or do a combination of car and train. Traveling from Barcelona in February, expect Tromso to be cooler, temps between 0°C and -5°C. Wrap up your sightseeing by early afternoon on the 18th (Tue) to allow time for the car ride to Narvik.
more less 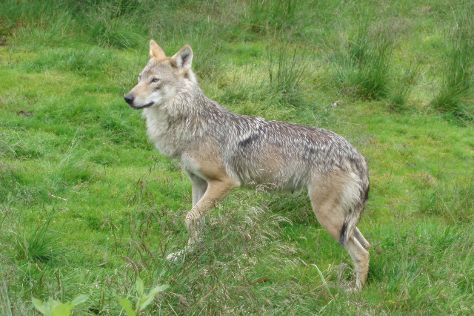 ©
or Áhkanjárga is the third-largest town and municipality in Nordland county, Norway by population. Venture out of the city with trips to Polar Park (in Bardu Municipality) and Tverrfjellet (in Bogen i Ofoten). Next up on the itinerary: tour the pleasant surroundings at Narvikfjellet, get lost in a book at Narvik Bibliotek, take an in-depth tour of Narvik museum, and step aboard Morgans Skip.

Traveling by car from Tromso to Narvik takes 3.5 hours. Alternatively, you can fly; or take a bus. February in Narvik sees daily highs of 0°C and lows of -4°C at night. Wrap up your sightseeing on the 22nd (Sat) to allow time to travel back home.
more less

Things to do in Narvik